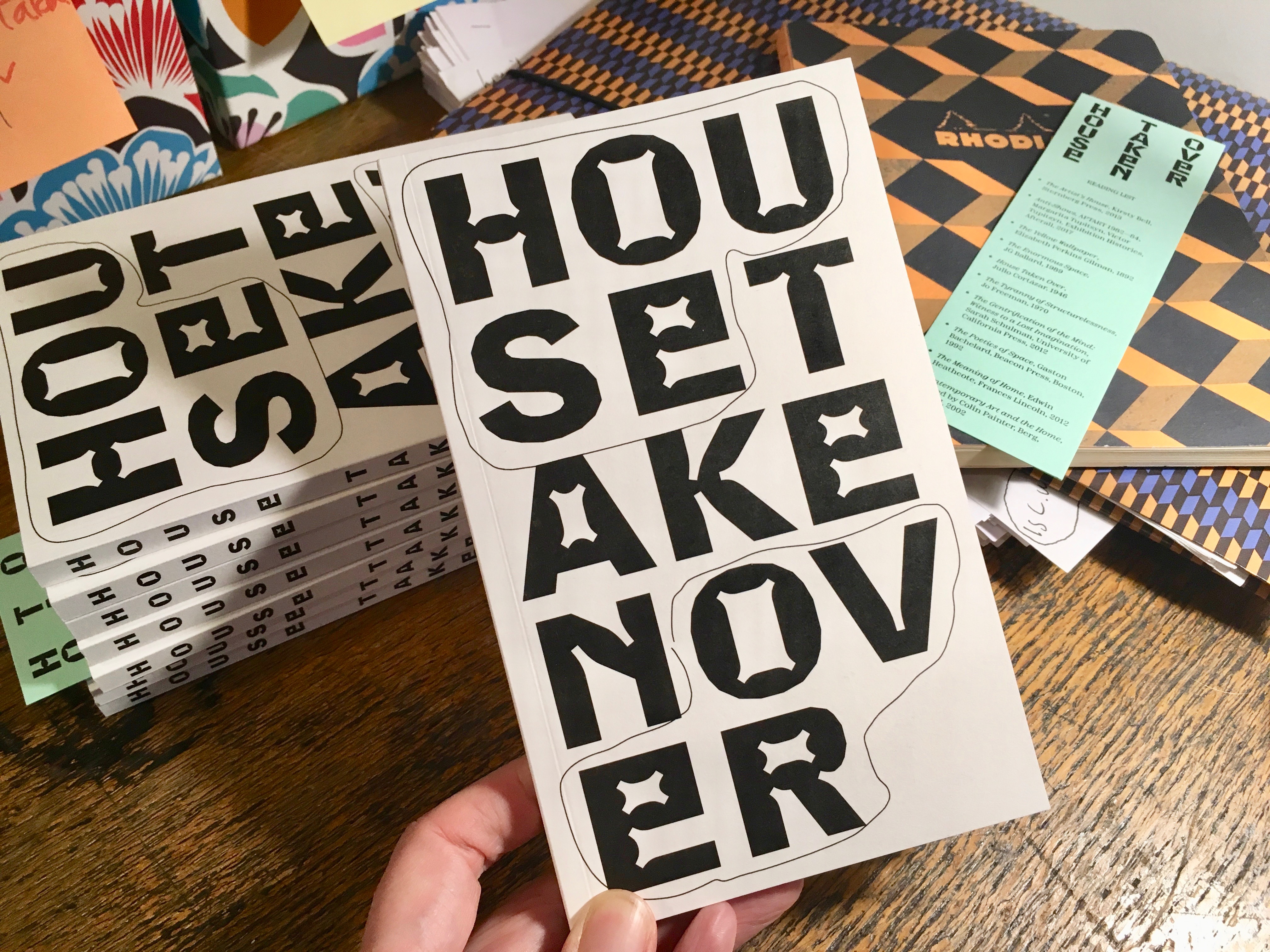 âHouse Taken Overâ is about making art, looking at art, and talking about art - all in a domestic setting. The context is London at the beginning of the twenty-first century.

We are spurred on by a desire to create a space for the artist's voice; to bypass institutions, systems of control, and the market economy; to discuss mess, community and collective play.

The book is edited by Jes Fernie and includes contributions from writers Holly Corfield Carr and Lorena MuÃ±oz-Alonso, artists Harold Offeh and Martin Cordiano, and theatre director Ada Mukhina. It is beautifully designed by Sarah Boris.

More information on the House Taken Over project here here 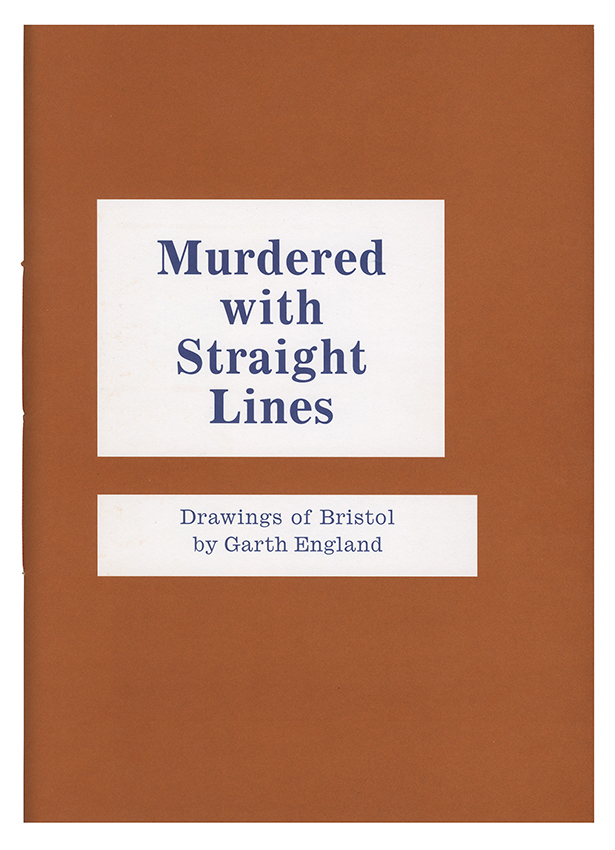 This book of drawings by Garth England is part of the Future Perfect programme and was published in April 2016. It is co-edited by Future Perfect curators Jes Fernie and Theresa Bergne.

Garth England was a long-term resident of Hengrove and Knowle-West in south Bristol; Murdered with Straight Lines tells the poignant story of a childhood lived through a world war and its aftermath; the development of Britain's Welfare State and social housing provision; vernacular architecture, indoor toilets and fitted kitchens.

The drawings were discovered by Jo Plimmer, engagement curator of Future Perfect, when she visited Hengrove Lodge as part of the public engagement programme. Garth died in 2014 but he knew of our plans to publish his drawings and gave us his blessing. The title of the book is a reference to the response that his teachers had to his drawings.

The book is designed by Polimekanos and funded by the Hengrove Arts Fund and the Hengrove Neighbourhood Partnership. It's sold out but second hand copies can be bought: here
I have a few copies - get in contact if you'd like to buy one.


Here's what people are saying about it:

'England's extraordinary drawings, made in Hengrove Lodge care home between 2006 and 2013 and published in a beautiful book called Murdered with Straight Lines, capture the changing city through the eyes of this post-war everyman... His work could be a Jeremy Deller readymade, a dispatch from a time before irony overload. It shows a more functional civic life than today, with abundant social housing and a new welfare state. Beautifully designed by Polimekanos, the book gives Englandâs coloured sketches and cartoon-strip depictions the space to breathe.'
Tim Burrows, Guardian, 2 June 2016. Read the full article here

'Interspersed with his architectural drawings are gridded illustrations of childhood memories, like an outsider art take on a graphic novel memoir. In stilted capital letters, some captions read like fragments of Romantic poetry: âMaking Friends with the Donkeys in Tor Field,â âFairyland to me, Actually Wick Hollow,â âMaking Daisy Chains for Violet,â âKindly country people filled with love galore.â England's lack of self-consciousness and reverence for the mundanities of daily life is refreshing and the specificity of his details make for a vivid 2-D Bristol. Itâs the kind of document Wes Anderson could only dream of making as a film prop.'
Carey Dunne, Hyperallergic, NY, 11 July 2016. Read the full article here

'What an amazing project...very timely words about the dismantling of our welfare state. I urge anyone with an interest in the birth of British modernism and the welfare state to buy it. It's a delightful, poignant and salutary reminder of the beauty to be found and cherished in the everyday'.
David Bickle
Director of Design, Exhibitions & Future Plan, Victoria and Albert Museum

'What a legacy for Garth. I'm sure he would have really liked it and be proud to see his name on the front of a published book of his drawings. I could not put it down when I received it this morning. I read it all the way through'.
R Bill Roberts, Hengrove resident

'It is absolutely gorgeous, I can't get my nose out of it'.
Shumi Bose, architectural writer, tutor and co-curator of the British Pavilion, Architecture Biennale, Venice 2016

'The whole collection is remarkable. It's incredible how he held an almost perfect sense of proportion in his mind - I loved it'.
Tom Grieve, HAT Projects

'This is great, and moving. Garth England: the milkman who drew Bristol from memory'
John Harris, Guardian journalist, writer & critic

'It's not just a book but a whole life'.
Jane Somerville, Bristol resident

History Rising is a study of museum display by artist Marjolijn Dijkman and curator Jes Fernie. Readers are invited to reconsider their view of history by looking at the mechanisms museums put in place to create a sense of order and hierarchy within their collections.

By distancing museum objects from their support structures History Rising forms a critique of the assumptions that are made about how things are positioned, who chooses to display them, and how the social, political and aesthetic choices that are made in the process dictate the language of display.

The book consists of visual and written essays, an interview between artist and curator, an inventory of works, and documentation of Dijkman's History Rising installations in museums and galleries in the UK. The installations and sculptures propose strange and fantastical juxtapositions, alleviate objects from the weight of history and create links with modernism, the heritage industry and the aesthetics of sci-fi.

More information on the History Rising programme can be viewed here 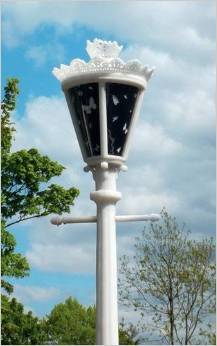 Bombyx Mori documents Simon Periton's commission for Firstsite, installed in 2011. The work is a four-part installation made up of three lanterns and a lamppost. Ova, Larva, and Pupa are names the artist has given to the lanterns, and Polaris refers to the lamppost. The lanterns are suspended from the magical arc of trees in the garden; the lamppost sits at the end of this arc, acting as a punctuation mark and meeting point.

The book is made up of an interview with the artist by Jes Fernie and a series of photographs by Thierry Bal and Simon Periton. It is designed by Simon Josebury. 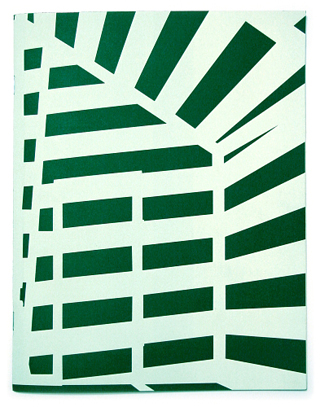 46 Brooklands Gardens is a photo essay published to celebrate Nathan Coley's temporary sculpture of the same name. Commissioned by firstsite, the work was sited in Jaywick on the Essex coast, in the heart of the Brooklands housing estate.

More information can be found on the project here 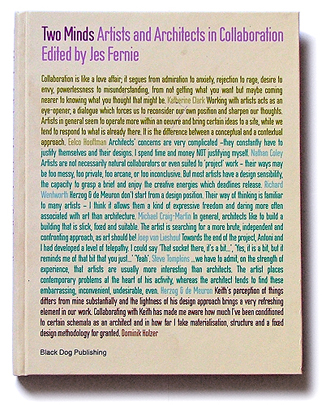 Interest and activity in the field of collaborative practice between artists and architects is growing rapidly. Two Minds documents and critiques this activity, focusing on new work by high profile and emerging practitioners such as David Adjaye, Jacque Herzog, Chris Ofili, Pipilotti Rist and Nathan Coley. The book includes two essays focusing on collaborations in Los Angeles and Germany, alongside a series of in depth case studies funded through the RSA's Art for Architecture scheme.

The case studies are written by Jes Fernie and are divided into three sections Groundscapes, Buildings and Things. They cover a range of small scale artist-led projects, landscape schemes and Stirling Prize-winning buildings.